Do you believe in Angels?

Whether you believe in Angels or not, Angels are available and accessible to all who seek for their guidance, assistance and divine intervention!

Most cultures believe in some forms of angelic presence. Western Christianity embraces Angels as God’s servants. Muslim traditions are based on the Koran (Quran) which was delivered from God through the Messenger Archangel Gabrielle. Many Asian cultures celebrate angelic beings in their artwork and literature as extraordinary, beautiful and magnificent beings who often decent to earth from beyond this physical world.

Angels are becoming more popular and widespread in recent years with the New Age spiritual movement, and since English has become a common language and the readily accessibility of the internet. 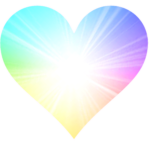 As the world enters the high of our civilization, humanity is facing the many challenges, reaping with catalysts for souls to evolve spiritually as they are given the ripe environment for learning and experiencing between Dark and Light.

During this exciting and challenging time, waves of souls as volunteers have incarnated on Earth, and they are still coming. Their mission is to assist humanity with spiritual evolution while bringing Light and enlightenment to this physical dimension. These are the Lightworkers and the Spiritually Gifted children incarnating amongst us known as the Indigo, Crystal and Rainbow Children, named after the color of their aura.

At this time, there are also other highly evolved souls coming through. However, unlike the volunteers, these are ‘old souls’ who have been incarnated on Earth countless times before. They are taking on extreme challenges in order to resolve their remaining earthly karma while guiding others as well as bringing spiritual awareness.

These new waves of sensitive and highly evolved souls, the Spiritually Gifted Children, are the hope for the New Golden Age, the era where humanity reaches the higher level of spiritual awareness, living with Love and Light and practicing Oneness thus bringing Heaven into Earth.

On this earth plane, there is countless number of souls who have been stuck, being lost and confused, and not being able to find the way back to the Light where they are able to move forward on their soul journey. Others have been trapped in the wheel of karma of this Earth School. They are repeating their lessons and attempting to balance karma. These souls are frustrated, exhausted and are contributing to the already low vibration of Earth energy. Adapting to the heavy earth energy is a great challenge for sensitive souls who come with very high vibration.

Sensitive souls also have to face the challenges in resisting the earthly temptations, so they themselves don’t get trapped in the same wheel of karma. And like others, they too are struggling to stay spiritually awakened thus facing challenges in carry out their mission.

When witnessing or experiencing animosities, aggressions and physical violence at a young age, sensitive souls would shut themselves off from the world, or they become confused, or numb themselves, or immune to these negative actions thus becoming unconscious and lose their conscience. They either give up or become corrupted and forget their mission.

The challenges many children currently are facing are tremendous. 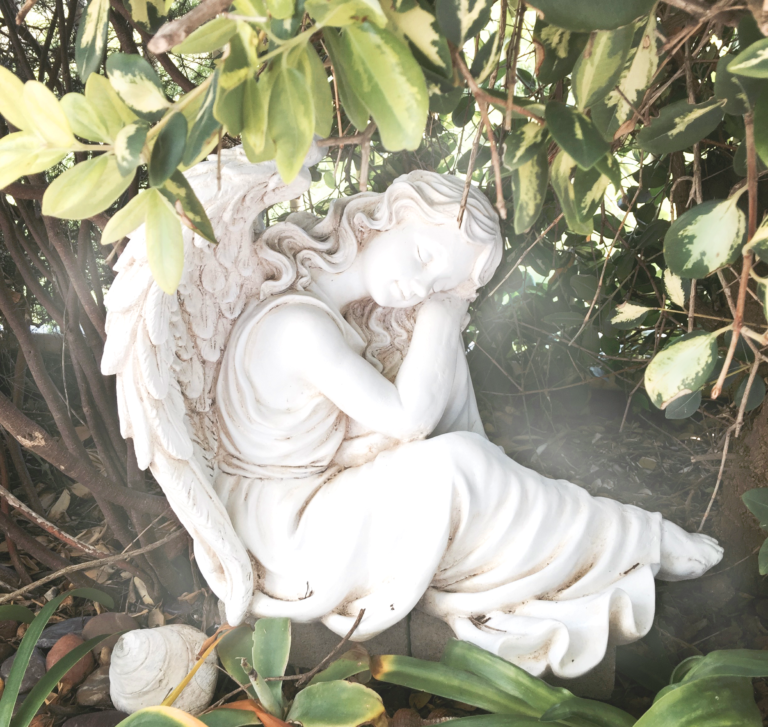 Many Spiritually Gifted Children came with the abilities to see, sense and communicate with Angels and spirits. They often refer to these Light Beings as “invisible friends”. As these children get older, most lose the abilities because their parents and loved ones dismiss or discourage them. They permanently switch off or block their extraordinary perceptions.

Some children have been desensitized and numbed their senses by constant and high exposures to chemicals in the environment and in the food they consume and certain vaccines, the negative energies such as domestic violence or violence in media, the negative discarnate entities,  or being corrupted by temptations such as pornography and mind altering substances in drugs and alcohol. When loosing these extraordinary abilities, these children become disconnected from the Divine assistance thus feeling alone and lost in the physical reality. It is overwhelming for them.

We can assist these children by acknowledging their gifts and extraordinary perceptions, by understanding and addressing their sensitivities to energies and the environment which they are being exposed to, creating a safe, healthy, loving and positive environment for them to nourish and grow, and encouraging them to connect and access the divine assistance from their invisible friends who can support them in fulfilling their missions.

The future of our spiritual evolution depends on our children. These children need supports in order to bring forth higher consciousness and balance to this earth plane.

The angels are here amongst us. They are silently, patiently and compassionately accompanying us through our earthly incarnation with their divine guidance, protection, intervention and unconditional love. They are readily available to all who seek for their assistance, and especially to the children who are most vulnerable and in need of supports. 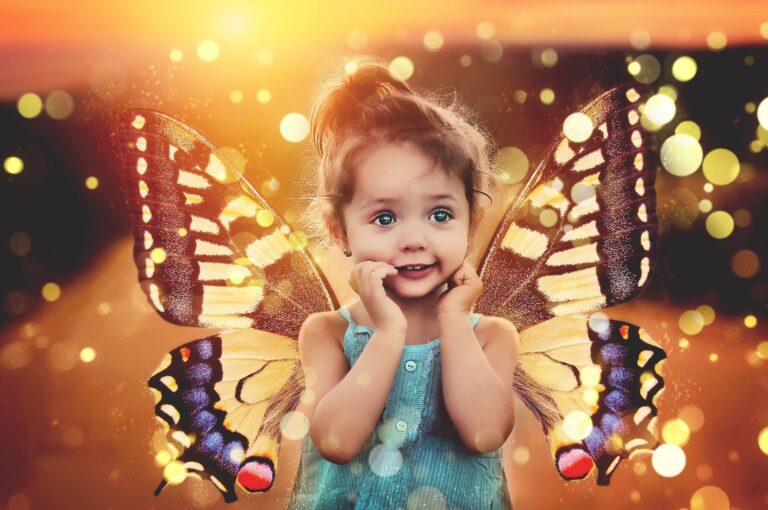 How Can We Help Our Children?

Angels are around us, they are here to assist us, and their divine assistance is valuable to our children, especially those who are sensitive with spiritual missions.

Most children are very aware and are intuitive with innate knowledge about Creation, the universe, spirituality and enlightenment.

Spiritually Gifted Children come with the abilities to perceive and communicate with angels and spirits. Our understanding, acknowledgment, encouragement and support are extremely important for them to maintain their connection with the spirit world and in order for them to continue accessing divine assistance throughout their incarnation.

These children need us most when they are going through challenges such as family separation, moving home or school and through their puberty. At these times, children are becoming vulnerable, confused and overwhelmed. They become withdrawn and disconnected from the world. They begin to doubt their perceptions and question the reality they are in. As parents and guardians, we can support these children through these challenging times by open communication, encouragement and with Unconditional Love.

Like most of us, children without the gifted-abilities are still able to connect with Angels and access Divine assistance. Children are intuitive due to their innocent perception. Their thoughts are pure with no judgment, preconditioning and built-in believe systems. We can help these children by not imposing on them restricted social rules and regulations, strict religious beliefs, judgments and controls. Instead, we encourage and allow them to freely explore and share with us their world and their perceptions. We have much to learn from them and would be astonished with the perceptions they share.

I came across several gifted children. Some have been diagnosed with Autism. Most of them are calm, peaceful and reserved. Bryan, a seven-year old who had a strange habit at night that he gazed into the empty space and became very excited but he kept it to himself. His mother was concerned but after she encouraged Bryan to describe and talk about what he sees, he became comfortable and told her that he had seen Angels with different colours, spirits and shadows since he was little. Carol, a 5 year-old had an imaginary little friend who came home with her from school and stayed with her for several months. Her mother went along with Carol even she wasn’t sure what to believe. When the imaginary friend left, Carol was upset but then she said that Angels came to play with her so she was happier. These parents kept an open mind which helps their children feel comfortable and safe, instead of giving them stress by disbelieve and condemnation. 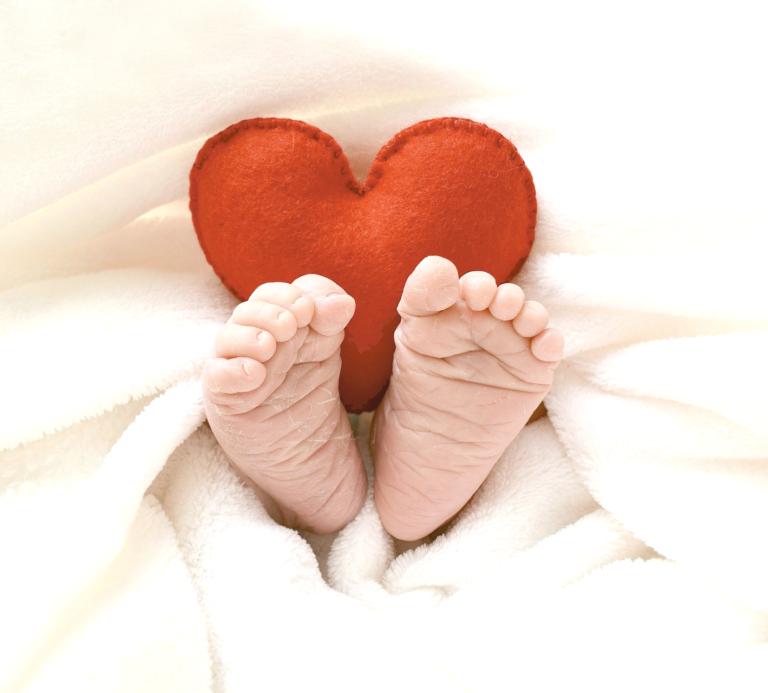 There are many books and information available on Angels in the recent years. Doreen Virtue is one of the authors. Her work is simple, easy to understand and a good introduction to the angelic realms.

You can ask for help with almost anything as long as it is with positive intentions, for yourself or for others.
You can ask for your children who are under your care and protection until they become matured adults at which age, they become independent and have their own freewill.

Different Angels with different colours, these are energy vibrations, and each have different roles. It would be more effective when we ask for specific assistance from a specific Angel. Regardless, they are here to assist us and we can always ask for their general assistance and intervention.

To connect with Angels, calm your mind by relaxing. Try to focus on your breath or heart beats so that you can slow down your thoughts. Trust that the angels are there even you can’t see, hear for feel them. Then sense their presence around you. You might see colourful lights with your physical eyes or in your mind, or feel a breeze and a warm sensation on your body or around you, or you might hear a voice with your physical ear or in your thoughts. Trust in your perception and that you can communicate with angels through your thoughts. These are very subtle and the most important thing is to TRUST.

We don’t have to be Christians or to believe in Angels in order to access their assistance and divine interventions. By being open and allow the experience to take place, we allow miracles in our lives in many subtle ways. Only through experiences, we can verify their existence.

Once we connect and experience Angels in our lives, we can understand what our young Spiritually Gifted Children are experiencing, and therefore we can support them with their missions.

From having to experience Angels ourselves, we can encourage our children to invite Angels into their lives and to aid their journey on Earth.

Since this article was published, there has been a drastic change in energetically around the globe. Many key members of the spiritual community have removed themselves from doing spiritual work. The New Age community has been falling apart. Doreen Virtue declared that she has been deceived by the Angels and she is now against all spiritual practices apart from her only devotion to God. Her work has been withdrawn and she apologized for misleading the world by teaching about Angels.

Personally, I understand what Doreen Virtue has been through and her actions. I so too believe that the Dark forces have infiltrated, manipulated had deceived the New-Age and all aspect of our spirituality including Religions and spiritual establishments around the World. Humanity has long been deceived by the same forces in all aspect of our lives. These Dark forces often disguise themselves as Angels and Light Beings and inflict destruction and chaos to humanity by corrupting our psyche. But it doesn't mean that the Angels don't exist, and certainly those deceiving entities had given Angels bad reputations. Once we deny Angels and Light Beings, we deny the Divine Light, we lose Hope and Faith and will become vulnerable to the Dark forces, because it is what they want humanity to become.

Many people have witnessed Angels and received their Divine intervention in miraculous and positive ways. Let's not lose our Faith in the Light.

The current 2020 world event is a calling for humanity to spiritually awaken and to raise our consciousness, to open our Heart to Unconditional Love, shining our Divine essence to the World, and to combat Darkness. Humanity needs all of us to stand up and fight for our Freedom and Love. Our Children need us more than ever! Their future and the future of our World depends on us!

Enter your email address for newsletters and new posts.